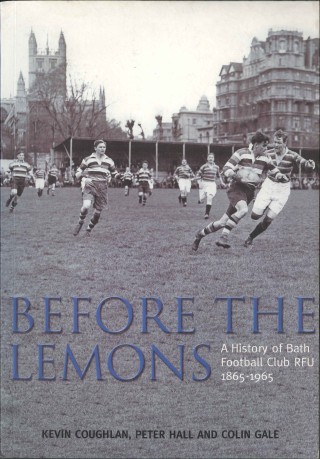 This is the first part of a two volume official history of the Bath Football Club (RFU).

It has been painstakingly put together over many years by Peter Hall (a former player), Colin Gale ( a Treasurer of the Club) and Kevin Coughlan

Since the founding of the Club in 1865, Bath has been at the forefront of the Rugby Union game in England.

This book covers the beginning of the Club from humble origins to becoming one of the major Rugby Union sides in the country with an influence at national level and a fixture list which most Clubs envied.