You are here: Home>About Us>About the Project 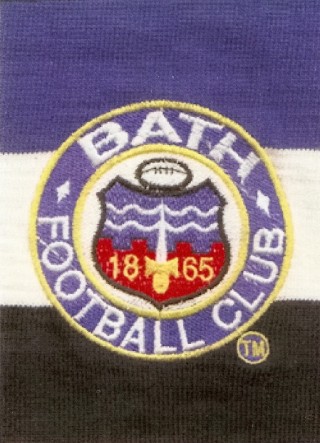 The Bath Football Club badge of the amateur era

The Project – The Background Story

Since the Bath Clubhouse was built in 1954, many pieces of memorabilia have been displayed or stored there without being recorded or catalogued.

In the Centenary Year of 1965 a small booklet was produced to capture many of the major events and characters associated with the Club during its first 100 years.

In creating the books “Before the Lemons” and “After the Lemons” Peter Hall, Colin Gale and Kevin Coughlan captured much of the history of the Bath Club from it’s inception in 1865 up to the introduction of professionalism in 1996. The information was gleaned from many years of research into the Club, its history and the memorabilia which was available.

Harry Barstow produced a book in 2015 entitled “Bath the Enigma” which puts more depth into the history of the Bath Club and it’s evolution.

However, the distribution of the publications was to be extremely limited and would not reach the rugby world available through the electronic media.

In January 2012, after being rescued and stored by the Bath Football Club Trustees Ltd since 1996, the vast amount of collected memorabilia and research information was transferred to Farleigh House for long term safe keeping

In October 2012 Geoff Pillinger, President of the Bath Past Players, presented a proposal to the Past Players Committee with regard to the creation of a Bath Rugby Heritage along similar lines to those adopted by Gloucester Rugby

In November 2012 a full presentation was given to Nick Blofeld the then Chief Executive Officer for Bath Rugby and permission was given to go ahead with the Project commencing January 2013 at Farleigh House. Accommodation was scarce but would be arranged as near to the memorabilia as possible

In January 2013 the first Project Meeting was held at Farleigh House. The Project was defined, rules agreed and working practices discussed. Three key areas were identified – preservation and cataloguing of the memorabilia, creation of a Bath Rugby Heritage website and the display requirements for the proposed new Arena on the Recreation Ground.

On 12th March 2013 the Project team visited Gloucester Rugby Heritage to understand how they had approached their Project and learn about the pros and cons of such a Project.

It was decided to collect data and images against “decades” to make it easier to understand the level of information that was available. The task began with identifying areas of most interest to the general public and slotting as much data as possible into these areas or categories.

In April 2014 Community Sites were contracted to create the new website for us. Based on WordPress, the website would be in line with Bath Rugby protocols and marketing strategies

A 2 day training session was held in May 2014 so that “managers” of the website could be established and educated in the ways of website construction.

With training complete it was all hands to the pump to start adapting the website to our needs and loading information.