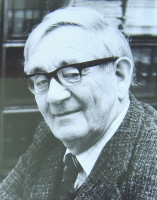 Throughout the history of the Bath Club many people have contributed to its success.

The administrators of the Club, the Management Committee, debated and made the decisions which would shape the future.

Inevitably, there were key characters who helped to develop the Club

Those who gave outstanding service to the Club were honoured with a Life Membership.