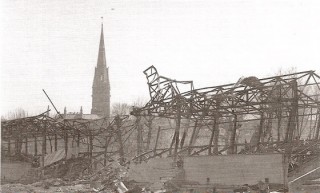 The West Stand takes a pounding from the bombs in 1942 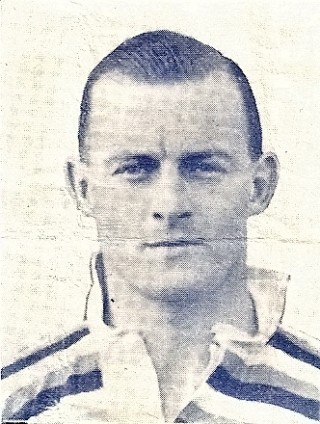 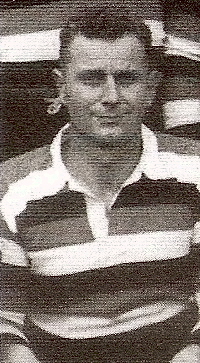 With the cessation of hostilities in 1918 the restoration of rugby was again the Committee’s prime objective and the first match was played on 22nd February 1919 against a Bristol United XV. There were also matches arranged against clubs in neighbouring towns and cities though the Hon. Treasurer expressed concern at the expenses involved! Nevertheless it was considered that the future of the club was promising.

The early 1920’s saw matches arranged against more Welsh clubs with Cardiff, Llanelly, Newport, Penarth and Cross Keys visiting the Rec. However in order to have them do so the Committee had to agree to defray some of their travelling and other expenses, trains being the preferred mode of transport in those days.

Although Bath had played Racing Club de Bordelais in 1907 it would not be until 1954 that the club first ventured into France. The tour, whilst sanctioned by the Management Committee, was paid for out of the players pockets. Matches were played  against a Jura Lyonnais Select XV, Givors and Tour du Pin clubs defeating all three 23pts-3pts, 9pts-6pts and 17pts-0pts respectively. Needless to say vast quantities of the local vintages were consumed!  The club would once again tour in France the following year and play against new opposition in St Claude, Dijon and Macon again winning all three games 13pts-8pts, 14pts-0pts and 8pts-3pts respectively which may not have improved entente cordiale.

With the coming of 1925 the club was making preparations to celebrate its Diamond Jubilee. Amongst the celebrations was a match against a strong South Western Counties XV which drew a crowd of 4,000 to the Rec. The Counties side won the match 19pts to 3pts.

The North Stand and changing rooms were opened in 1925.

The seasons 1931-2 and 1932-3 were successful with two-thirds of matches being won. which lead to more and more talented players joining the club.

1932 saw works started on the construction of the West Stand

With the outbreak of the Second World War in September 1939 once again it was necessary to cancel all the previously arranged fixtures. The club did however join forces with the local Admiralty RFC and managed to play some games against locally based Service teams.

During this catastrophic war the club would lose seventeen players on active service including Major R A (Gerry) Gerrard, who was awarded the DSO at El Alamein. He was killed shortly thereafter in Libya when a mine exploded under his vehicle.

The weekend of 25th/26th April 1942 brought the Baedeker bombing raids to Bath when some 400 civilians were killed and 900 more injured. The Rec took direct hits; the West Stand was virtually destroyed and the North Stand severely damaged. Shortly after the war a temporary enclosure was erected on the site of the West Stand and it remained there until the rebuilding of a new West Stand.

The 1950-51 season was to prove to be one of the best then on record the club winning 27 of 41 matches and losing only 10 a record that stood for twenty years. The team was captained by Alec Lewis (read more of him in “People”) Alec was one of life’s true gentlemen and was to become a wonderful President even manning the car park on match days!

With increasing success on the pitch even more quality players were attracted to the club and it was in 1952 that John Kendall-Carpenter joined. He was an Oxford Blue and would continue to play for a number of seasons going on to win twenty four England caps. as well as playing for the Barbarians RFC. The number of matches played increased and the prestige of the club began to grow throughout the rugby world. Crowds reached 6,000 and for the Bristol match as many as 8,000 in attendance.

It was decided that the fixture against Llanelly on 2nd October 1954 would mark the opening of the rebuilt West Stand and Clubhouse and this was done by the RFU President W.C Ramsay accompanied by I.J.Pitman MP for Bath and a former Bath Player.

In 1955 the City Council were considering the purchase of the Rec from the Recreation Ground Company which rang alarm bells for the club so much so that the Management Committee considered the possibility of acquiring the ground. By a majority of 8-7 it was considered impractical to attempt to do so and the club continued its occupation of the ground under its lease.

As the 60’s arrived it would not be unfair to say that the on field statistics were not flattering to the club yet there were some notable scalps and a number of players were to win International caps. The Centenary season was not particularly successful due to flooding and a number of close fought but ultimately lost matches.

To celebrate its Centenary the club played an Alec Lewis Select XV (which included 13 Internationals) and went down gallantly 18pts to 12pts.

The arrival of Peter Sibley from Blackheath (to take up a teaching post at Monkton Combe School) was to prove the catalyst to a change in the style of play when he captained the side. . Peter was a winger who didn’t like the idea of freezing on the wing whilst the forwards slogged it out with the opposition pack. A more exciting brand of running rugby was to be seen which inevitably attracted more spectators and players.

The foundations were being laid for the next fifty years which were to catapult the club into the pantheon of the world’s best clubs.