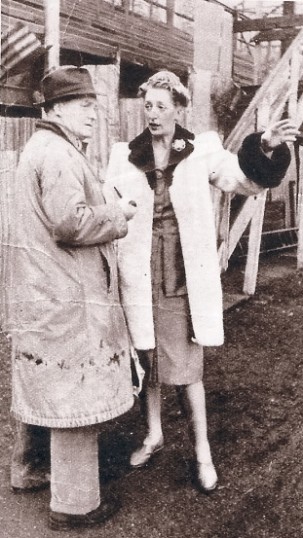 Molly was the widow of Major R.A.Gerrard. D.S.O. who had played for the Club, Somerset, the Barbarians and England. She was a flamboyant character who was well known locally as an Architect. Is understood to have commentated on matches occasionally.