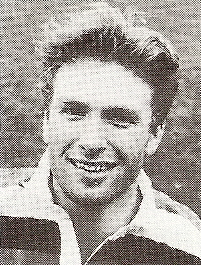 Position: Hooker and Back Row

Honours: Representative games for England Schools and the U16’s, 18’s and U21’s Groups and was captain in the second year in each group. Toured Canada and USA with Yorkshire Schools and toured Australia with the England U18 Group.

England Student Cap in 1992. In the Student World Cup ’92 he made an impression as a good natured, enthusiastic and consistent member of the England party although he did not play in any of the games.

Joined Bath in 1989.  Cheerfully accepted being understudy to Andy Robinson. Gareth was one of a handful of players who transcended both the amateur and professional eras at the club. Gareth made his debut on the 2nd September 1990 in a 38pts-9pts home win over the touring Romania XV and went on to play 44 matches in the six seasons prior to the professional era, mainly as understudy to the effervescent Graham Dawe whom he kept out of the 1995 Pilkington Cup Final team. He crossed for eight tries and kicked one conversion during that spell.

In the professional era Gareth spent one season with Bath playing in seven matches and scoring a single try in a 46pts-10pts league win over West Hartlepool to finish with figures of 51 matches and 9 tries. He gained representative honours with Yorkshire Schools (touring Canada and the USA) and England at U16 and U18 levels, touring Australia with the latter age group. He was selected as captain for the England Students tour to Canada in 1991 and was a member of the Students World Cup squad in Italy a year later. Gareth was also an England ‘A’ international having been a member of the squad that made the trip to Australia in May and June 1995, after starring for Bath in the 1994 7’s side that won the Middlesex Sevens and Worthington Welsh Sevens. He also won a Pilkington Cup Winners medal after starting in the defeat of Wasps in 1995. He later went on to become Youth Coach at the Club, before taking up a post in the IT industry.