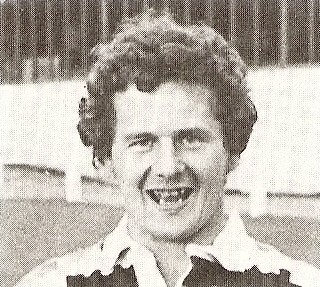 A player with exceptional (mercurial) talent who deserved more England caps than he was given. A brilliant tactical and attacking player – devastating sidestep and dropgoal abilities. Playmaker supreme. He would often chip the ball over advancing opponents and catch the ball beyond them a tactic that is seldom seen now even against the modern press defences.

Helped to change the Bath style of play from a mainly forward orientated game to a game full of running, passing and “the unknown”

A schoolmaster, he gained 13 caps for England.

He was not treated well by the club when Stuart Barnes was recruited as a replacement and in consequence he left the club he had served so well and joined Bristol RFC.

Along with Simon Jones he played for a while for Combe Down RFC .