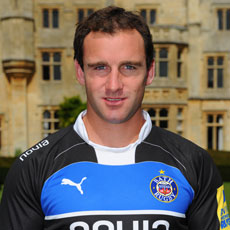 Matt Carraro arrived at Bath Rugby in the summer of 2009 from the Waratahs.

Skilled in both the centre and on the wing,

The former Waratah Academy member signed a rookie contract with the Brumbies before returning to the Waratahs Super 14 squad in 2008, playing seven matches and earning a place in the Australia A squad for the IRB Pacific Nations Cup. When he left Bath he joined Montpelier.