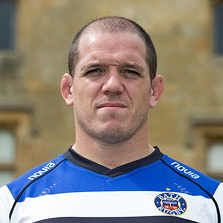 Paul James signed for Bath Rugby from the Ospreys in time for the 2012/13 season.

A very solid and technically sound scrummager, Paul made his debut for Wales in 2003 and has become a cornerstone of the Welsh pack in recent seasons.

The powerful loosehead prop, who can also play on the tighthead side of the scrum, made over 170 appearances in his time at Ospreys, a record for the region, and scored seven tries. He also captained the side who beat Australia in 2006.

When he left Bath in the Season 2015/6 he joined Ospreys on a 2 year contract.