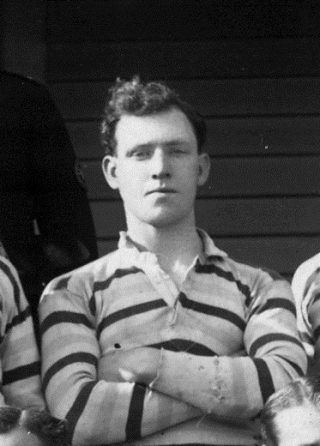 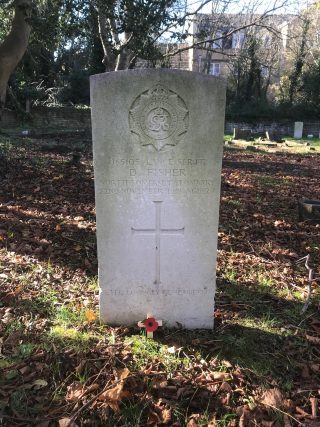 Dave Fisher was a Bath stalwart immediately before the First World War.

Lance Serjeant D (Dave) Fisher 165105 served in the North Somerset Yeomanry and was wounded in France. He died on the Isle of Wight on 22 November 1918 where he was working on munitions. Dave Fisher is buried in the Commonwealth War Graves Commission Cemetery Cowes (Kingston) grave reference C435.

Dave was the son of J. H. Fisher and husband of Daisy and he lived at 1, Elm Place, Bloomfield Road., Bath.

The following report was published in the Isle of Wight County Press on 9 December 1918:

The funeral took place, with military honours, on Thursday week, of Sergt. Fisher, North Somerset Yeomanry. Deceased, who was 27, was called up in August 1914, and was two years in France, and was then sent to Messrs. J.S. White & Co.’s for munition work. He was the holder of the Mons Star, and had twice been wounded. Previous to the war he was well known in Rugby football, having played for Somerset. The Rev. R.R. Pitter (vicar) officiated at the funeral, at which the R.G.A. Battery from Egypt Point furnished the bearers and firing party. The coffin, covered with the Union Jack and wreaths, was borne on a gun-carriage, and followed by a large party of soldier munition workers, under Sergt. McGillchrist, 200 members of the Boilermaker’s Society, and R.A.O.B. brethren. Among the large number of floral tributes were included wreaths from the Cowes and Bath branches of the Boilermaker’s Society and the Bath Football Club.