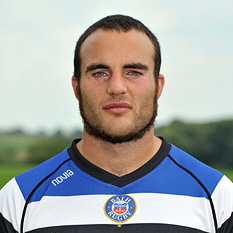 Very strong and technically sound at scrum time, as well as being very mobile around the field, Charlie made 31 appearances for the Wasps first team, including scoring a match winning try against Newcastle Falcons in just his second Premiership appearance.

Also played for Northampton (where he was in the Academy)  Coventry and his first club Biggleswade.