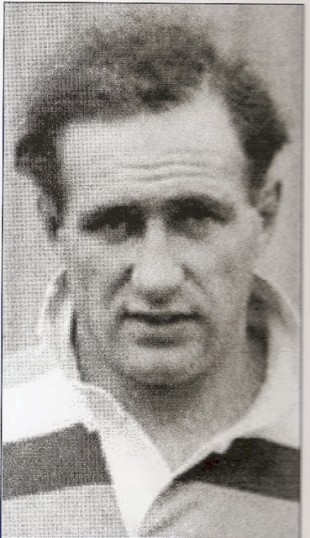 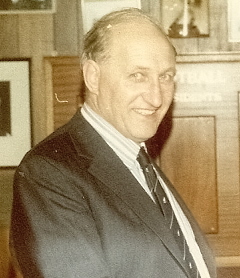 John was capped 23 times for England between 1949 and 1954. In fact, was a seasoned international before playing for Bath.

He was born in Cardiff, not far from Cardiff Arms Park, of Scottish parents. He lived in Cornwall and started his “big” rugger career there playing for Penzance RFC. He skippered England and Oxford University before becoming captain of the Bath Club in 1955/56.

One of the greatest back row forwards in history. He was known as “The Prince of Cornerflaggers” following a try scoring tackle in a Varsity Match. He was a schoolmaster by profession and taught at Clifton College, and Wellington School before becoming Headmaster at Cranbrook School followed by Eastbourne College and finally back to Wellington School before retiring .

He was inducted into the IRB Hall of Fame having been the prime mover in the creation of the Rugby World Cup being Chairman of the RWC Committee in 1987.