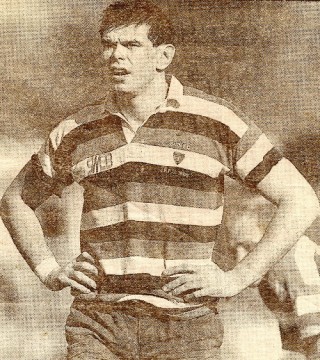 His first club as a young player was at Wasps where his father had played before him.

Earned his first cap at No 8 in April 1988 against Ireland in the Dublin Millenium match. Wearing Bath colours he was involved in five KO Cup Finals. He was a member of the England World Cup squads in 1987 and 1989. He was forced to drop out of the 1989 squad due to injury. Both his International and Club careers were interrupted by injury – only a series of injuries prevented him making progress in the 1993 World Cup for which he was part of the squad from the outset.

His England International debut was against Ireland in 1988.

A deep thinker on rugby matters and when warmed to his subject, could more than hold his own with associates – Simon Jones and David Trick.

A tall, rangy, athletic man with long arms allowing him to offload in the tackle. Quick across the ground, excellent understanding of the game