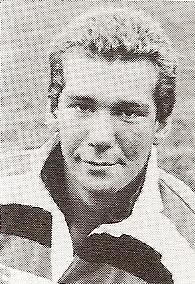 Martin gave Bath fourteen years of service and was rewarded with a testimonial during 2000 against Saracens, a fitting tribute to a real Bath legend, as he passed the 300 game mark for the club. His enduring presence for the club throughout the amateur and professional eras shows the durability of the second row. ‘Haagy’, as he was affectionately known, played his part in numerous Bath triumphs with his crowning glory a brace of tries scored against Wasps in the Pilkington Cup Final of 1995, one of a plethora of honours gained in his career, including a Heineken Cup winners medal. Making his debut in on the 26th September 1987 in a 14pts-27pts loss at Stradey Park, Llanelli, Martin was to finish with a magnificent total of 304 appearances and 28 tries to his name. Martin’s last appearance in the famous Bath colours was fittingly at the Recreation Ground in a 16pts-13pts win over London Wasps in March 2001. His lack of inches and the commanding form of Martin Johnson denied Martin the chance of a regular starting spot for his country, although he was to gain two well-deserved caps on England’s summer tour of Argentina in 1997. Popular with both fans and players alike Martin will be well missed at the Rec. During the summer of 2001 he signed for Penzance & Newlyn Pirates where he continued to cause problems in the line out. Was still seen around the Rec. as he was appointed assistant to John Palmer, helping with the Youth Development at Bath at the start of the 2001/2002 season.

When he retired from playing in 2003 Martin spent some time at Bristol coaching under his old teammate Richard Hill before becoming became Assistant Forwards Coach at Bath under Steve Meehan and Ian McGeechan before moving to Nottingham RFC where he enjoyed  a highly successful career taking them to second place in the Championship their highest ever finish. He subsequently became Coach to the England U18s and U20s taking  the latter to two U20 World Cup Finals winning one and being runners-up in the other.

Currently he is Head Coach at Rouen where Richard Hill is Director of Rugby. The club look as though they will win promotion to the Second Division of French Rugby.