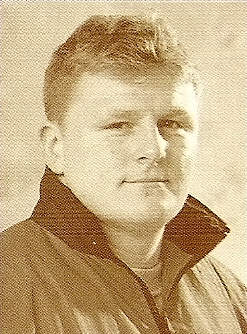 Came to Bath’s notice as a student at Exeter College playing in the SW Division U21 side.

Made his debut for Bath against Newbridge in March 1992.

Replacement against London in the unfamiliar position of tighthead prop playing for SW Division.

Selected for England U21 tour to Australia, playing in the winning Test alongside another Bath new recruit, Chris Clark.

Also played many games for Bristol Rugby and  subsequently Weston-Super-Mare RFC where he also undertakes a coaching role.