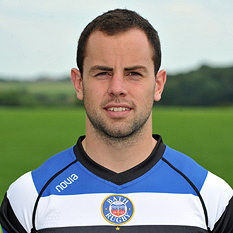 Micky has represented England throughout the age groups, including three Churchill Cup campaigns with the Saxons in 2011, and scoring the winning try in the IRB Sevens in 2008/09 against New Zealand. Known for his darting runs and ability to read the game quickly, he made 79 appearances in three years with Newcastle Falcons before moving to Leicester in 2011.

Micky joined Bath Rugby in the summer of 2013, making the move from Leicester Tigers.

The scrum-half’s talent has been in evidence from an early age, when he represented England’s age-group sides and went on to play a part in three Churchill Cup campaigns with the Saxons.

Young made some eye-catching displays for the Tigers in the Premiership having joined them from Newcastle Falcons in 2011.