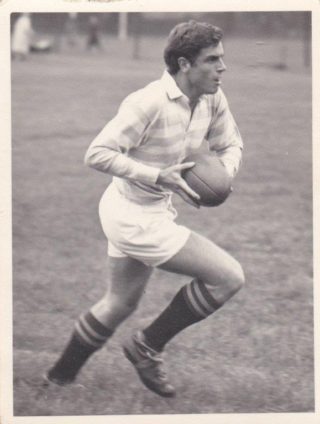 Played numerous times for Cambridge University.  Missed out on winning a Blue when his place was taken by John Spencer later to play for England and the British & Irish Lions.
Played on the wing for Southern Counties against 1966 Australian tourists.