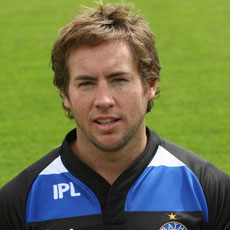 Butch joined from Natal Sharks having been a member of South Africa’s 2007 World Cup winning team. He was a hard running fearless player but also skilful.  He left Bath he return to South Africa at the end of the 2010/11 season played for the Golden Lions. He eventually ended his playing career back with the Natal Sharks. Following his playing retirement in 2013 he joined Varsity Shield UKZN Impi as a backs and kicking coach.