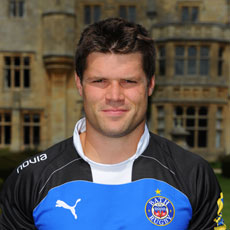 Dan Hipkiss arrived at Bath Rugby from rivals Leicester Tigers in the summer of 2011, after 129 appearances for the East Midlands side.

A strong and skilful runner, his power to break through defences and ability to offload in the tackle made him a potent force in the Bath midfield, and in 129 appearances for Tigers he scored 155 points, clearly showing the attacking and try-scoring threat he poses to oppositions.

Dan featured heavily during the 2007 World Cup, and his last full England cap came against Wales in the RBS 6 Nations Championship.