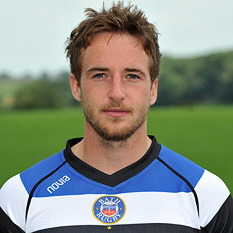 Three times Wales capped Roberts was a constant running threat, capable of beating defenders and gaining valuable metres with his explosive pace. He pulled on the Red jersey at every school and junior level, before winning his debut senior cap against Canada in 2008.