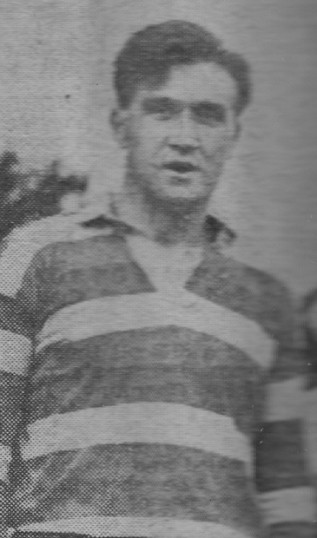 Coach at Dunfermline HS was James Muir who coincidentally was coach to Jim Greenwood who went on to captain Scotland and the Lions . Ian’s interest in rugby developed at University and grew further when his father helped him to get a job and digs near Bath immediately after a period of National Service. At New College, Oxford in 1950 he became skipper of the 1st XV for a year.  After return from Egypt (National Service) in March 1951 he was ready to connect with Bath.

John Roberts was the Bath Captain at the time. Amongst other players at the time were John Dolman, Dennis Silk, Tom Smith, Brian Peasley, Tony Guest and, by 1952,  John Kendall-Carpenter.

In 1952 he was competing for a place in the 1st and 2nd XV’s; occasionally as a substitute for Ian Beer when he was not available.

Subsequently his work took him to Liverpool where he played for a season in 1956-57 before marrying in 1958.