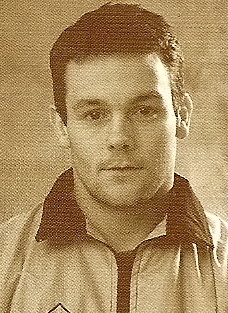 Ian was working in a beach café when he met a Bath member, who was on holiday, and as a result joined Bath in 1990 and remained understudy for Richard Hill for most of the time but developed into a very competitive player through his appearances in the 1st XV.

Ian kicked a drop goal on his Bath Rugby debut in December 1990, in a 33pts-19pts win over London Scottish – one of two he landed while with Bath during a total of 88 appearances that also yielded 25 tries and a total of 128 points. A Cornishman, Sanders made immense and rapid strides in the 1992/93 season in his role as Richard Hill’s deputy impressing when called up for a league match against Gloucester the same season. A tireless worker and a great servant of Bath Ian was in the England Emerging Player’s squad in 1995/1996 and was selected for bench duties for the England ‘A’ match against the touring Otago Highlanders in January 1997. In the professional era, he managed to play in twelve matches for Bath (two as a replacement) and crossed for one try against Wigan in the Challenge match at Twickenham in late May of 1996. With Andy Nicol already ahead of him in the queue for the 1st XV shirt Ian transferred to Gloucester when the emergence of Gareth Cooper pushed him further down the queue for the position. He served the West Country club well before joining Exeter Chiefs being a member of the Chiefs side that competed in the Powergen Shield Final at Twickenham in 2002.

Signed From: Unattached when signed

Coached and played for St Ives.