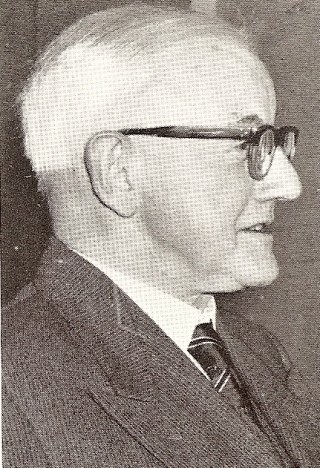 Achievements: Captain of Bath “A”

Whilst serving with the Gloucestershire Regiment, as a sergeant, he was awarded the Military Medal  on the Somme and was commissioned (in  the field) to the rank of Captain thereafter being reassigned to the Rifle Brigade. Having played rugby whilst serving in the Glosters  he led the 37th Divisional XV in France defeating the famous 3rd Australian Division XV. He also played for the British Army against the French Army in Cologne.

When he returned from military service he joined the Bath Club and was skipper of the “A” team in 1921-22 season.

At the time he was appointed Treasurer (1927-28) there was a debt of £300 on the North Stand and his first task was to clear this liability. He also undertook to raise £1500 for the new West Stand and was immediately successful.

After his war service Bill joined Lloyds Bank and rose to Chief Clerk in the Milsom Street branch. In 1933 he left Bath on his appointment as Manager at Camberley subsequently moving to Aldershot in 1941. He retired in 1952 and returned to Bath, as he had always intended, in 1955.

Was the author of the 1965 Centenary History of the Club.