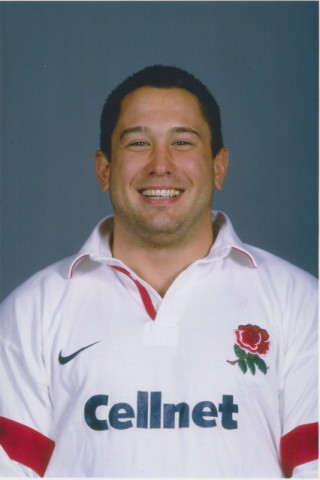 Product of the Bath Youth squad

Prop forward Kevin Yates was a solid member of the Bath Rugby front row for six successive seasons in the early to mid-nineties with his aggressive style of scrummaging taking him to the top of the list of quality scrummagers in England. Kevin, who won two caps for his country during his time with Bath, signed for the club from local side Chippenham RFC, making his debut in an inauspicious 20-18 home win over Newbridge in a friendly in February 1994. Kevin was very much a regular after that, making a total of 89 appearances (72 starts and 17 as a replacement), and scoring a not unsubstantial ten tries. His powerful running ability ensured that when he left the club at the end of the 1998/1999 season there was no shortage of bidders for his services. Kevin eventually signed for the Wellington Hurricanes and thus became the first Englishman to play Super 12 rugby. On returning to these shores Bath made a concerted effort to re-sign the prop, but he decided to try his luck with the Sharks for whom he now possesses a Parker Pen Shield winners medal after victory over Pontypridd in the 2002 Final at the Kassam Stadium in Oxford. After a successful time with the Sharks, Kevin decided to move elsewhere and was snapped up by Saracens in time for the start of the 2004/2005 season. In the 2007 season he was on the England Tour to South Africa and was capped on that tour.