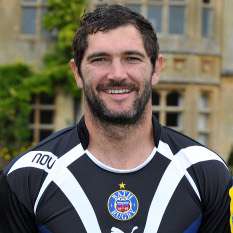 23 times capped All Black Stephen Donald signed for Bath Rugby from the Waikato Province in 2011.

He represented the Chiefs in Super 15 rugby, making over 80 appearances and scoring nearly 840 points.

The 6′ 3″ fly-half gained a wealth of experience throughout his domestic and international career and brought a dynamic, accurate game to Bath. He was a renowned playmaker, known for being able to control the game to very high effect.

Having been a product of the New Zealand age grade system, Stephen came through the Schools and Under 21 teams, and became a veteran member of the Junior All Blacks before going on to make his debut for the All Blacks against England in June 2008.