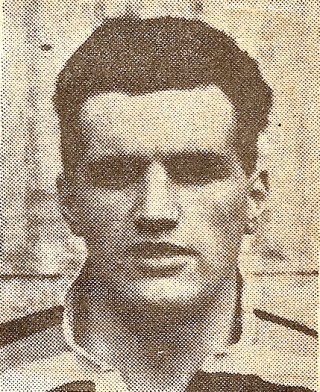 Honours:  Captain of Somerset County XV 1931-32,  making 43 appearances England Reserve (he was changed ready to go on to the pitch when the player selected arrived!)

Twice an England Reserve, appearing in 5 England Trials He missed out on an England cap in a moment that was to plague him for the rest of his life. Norman was picked as a reserve for the national squad in the early 1930’s and had changed into his England strip ready to play in an international v Wales in Cardiff when the selectors decided to fly in Sam Tucker from Bristol. His daughter Norma Burgess said that the decision was a big disappointment to him but his love for rugby was not dented. Norman was a plumber and lived in Bathampton all his life. He took up rugby when he was 16 , playing for Avonvale 2nds as a full back. He became tired of the full back position and switched to the forwards where he could express himself more.

How Norman entered first class rugby is a good story. On a dark and stormy Friday night the Bath Club found themselves due to start for London the following morning minus a forward. Two members of the Selection Committee set out for Bathford in search of a player reported to be of great promise. Unfortunately they did not know where this player lived and had to enlist the services of a young man in order to find him. When they arrived at the right house they found that their player was ill in bed. The hour was late and the need was desparate so they turned to their young guide and said “You look a fine big chap, you’d better come”. That lad was Norman Matthews. He accompanied the Bath Club to London next morning and thus commenced an illustrious career.

Norman joined Bath at the end of the 1925-26 season and was picked to play for Bath at the age of 19 years. Norman was never dropped from the 1st XV and if he stood down it was because he was injured.

Norman became a “fixture” in the Somerset side, making 43 appearances in County colours. He was a stalwart in the Bath back-row between the World Wars He hung up his boots after the Second World War and although he continued to follow the sport, he considered himself to be one of the “old school”. Norman also loved cricket, playing for Bathford Cricket Club; enjoyed motorcycling and was a keen gardener in his ‘spare’ time