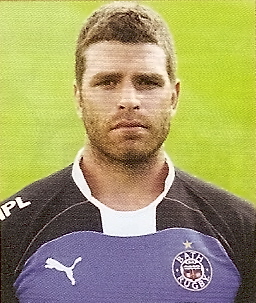 Luke Watson joined Bath Rugby at the end of the Currie Cup Competition in November 2009 from Western Province, South Africa, having made his Currie Cup debut for Eastern Province at age 18. He made his Super Rugby debut playing for the Sharks in 2003 and has a total of 81 Super Rugby caps. He joined Vodacom WP in 2005 and captained the senior professional team (WP & Stormers) on 33 occasions. Luke earned his 50th Stormers cap against the Sharks in the 2009 Super 14 tournament. He first played for South Africa in 2007 and has 10 caps to date.

With the departure of Michael Lipman, Luke joined Bath in the 2009/10 season and immediately showed what a physical and aggressive player with a high work rate he was. He is powerful from the base of the scrum when playing at number eight and can offer a real edge in attack, making the hard yards from scrum or loose ruck in order to get over the gain line and provide forward momentum. He naturally leads from the front and became the Bath influential Captain during the 2010/2011 season