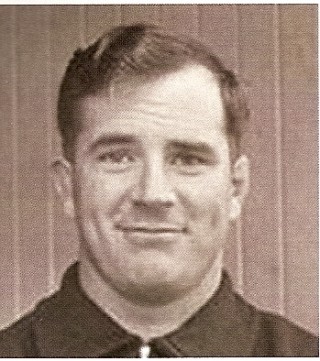 Dave was an ever-present member of the Dorset and Wilts XV during his playing days and was renowned for being an uncompromising front row forward.
Dave’s playing career was a particularly long one, spread over 1st XV, United and ‘A’s.

Dave was a great clubman and coach during the amateur days of the 70’s and 80’s, including a spell as ‘scout’ where he successfully located the likes of David Trick and Richard Hill
He cared so much about the Club and it’s players. On the training field he was always trying different things in order to put variety and enjoyment into the routines.

He was always there for the players on the training field, whatever the weather and although he took a ribbing from the players, there was an enormous amount of respect for him in what did.
Along with Jack Rowell and Tom Hudson, he changed the face of Bath RFC for ever. He encouraged higher fitness levels for many and was successful in pushing many players into national squads. When he could, Dave would help with coaching local rugby club sides and school teams. He was also the leader in finding employment for players joining the club.

A Chartered Accountant by profession he was a founding partner of Robson Taylor a well known local firm.