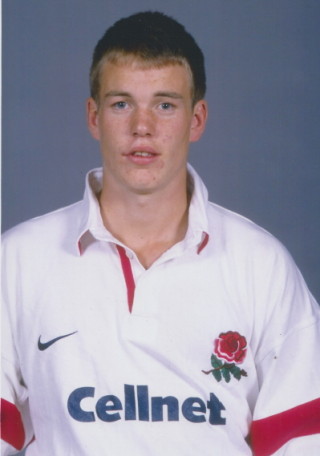 England’s most capped fullback until his record was overtaken by Mike Brown of Harlequins RFC in the 2015-2016 season.

Matt, a product of Millfield School and son of Bath’s President, Brendan Perry, made a huge impact in the 1995/1996 season, playing in the Bath United team on several occasions and making his 1stXV debut. Signed from the Academy structure, Matt made his debut in the 99pts-12pts mauling of Nottingham at the Rec. in December 1995 and went on to play six times in the 1stXV that season, scoring two tries. A former England Schools 18-Group international, he was capped for England Colts, England Under-19s, England Under-21s (on the successful tour to Australia in 1997) and England ‘A’ at an early age, before making the breakthrough on the full international stage in 1997 against Australia. Taking to the test match arena like a natural, it wasn’t long before Matt was breaking records. He won his 34th England cap against South Africa at Twickenham on December 2nd, in the process established a new record as the most capped England full back of all time. He broke the 33-cap record of ex-Bath man Jonathon Webb in the process. The definitive one-club man, Matt is Bath through and through and established himself as a first team regular in the 1997/1998 season, after crashing over for seven tries in 17 matches the season before (including a brace in the 47-9 massacre of Leicester Tigers). He took over the place kicking duties on occasions in 1998/1999 in the absence of both Mike Catt and Jon Callard, before becoming first choice kicker in the 2001/2002 season, when Jon Preston left the club, taking his club points tally to over the 500 mark in so doing. The following year saw Matt appear in 17 matches and add a further 148 points to his career total, but thereafter an injury restricted his on field game time. 2002/2003 saw Matt laid off with a troublesome back injury, meaning only sporadic glimpses were seen of his dazzling form. After a promising start to 2003/2004 he was soon injured again and in danger of being forced to give the game up completely. However after specialist surgery Matt was back in action in early April after a four-month lay off. Looking like he was almost back to his best, he then broke down in the warm up immediately prior to the Zurich Championship Final with London Wasps at Twickenham and had to be replaced by Mike Catt in the starting line-up. Capped three times for the Barbarians against Ireland, Scotland and Leicester (in the short-lived Scottish Amicable Trophy), Matt is also a British Lion having been on the 2001 tour to Australia. He played in six matches on the trip, including all three tests as the Lions, beset by injuries and internal strife were beaten 2-1.