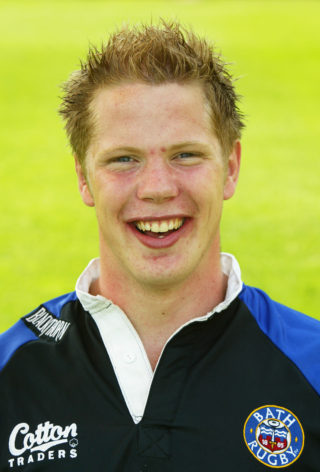 A flanker with a burgeoning reputation, Dan Smith first appeared for Bath in the pre-Zurich Premiership Final warm up match with Newbury at Monk’s Lane as a replacement for regular flanker Michael Lipman. A product of the Bath Rugby Academy, Dan’s performances at that level during the 2003/2004 season promised much for the future. Despite his English birthplace, Dan appeared for Ireland Under 19s at the FIRA Undern19 World Cup, but switched allegiance to England shortly afterwards.