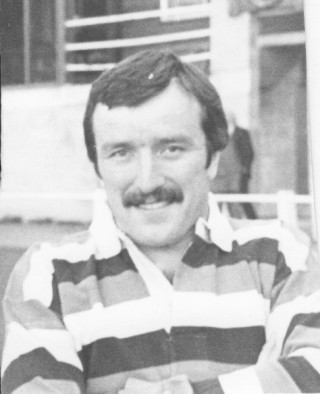 Tony Mason was born in Croydon on November 13th, 1950 and learned his rugby at Whitgift School where he was coached by Gerwyn Williams one time Welsh International full back.. On leaving school he joined Old Whitgiftians and played more than 200 games for them. He was captain of the Club in the 1974-75 and 1975-76 seasons. He represented Combined London Old Boys and Surrey Clubs XV.

Tony, a solicitor, moved to the West Country in 1976. He joined Bath in September 1976 and made his first team debut against Bridgend in November. His subsequent career was with Bridgwater & Albion RFC.