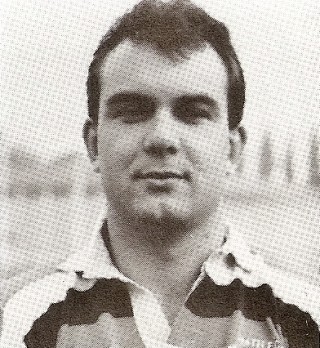 Played for Bodmin, Camborne and Plymouth Albion before joining Bath.

He was a member of the Cornish County Championship winning side in 1991.

Capped by Scotland in 1993 and toured with the Lions in the same year.

Is now a plumber in Cornwall.