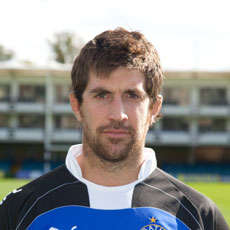 Career details: Prior to joining Bath he had played for Liceo Naval, Bordeaux, Castres, Sale Sharks and Northampton Saints.

Was known as “Nacho” (from Ignacio) and El Queson (Big Cheese) to his friends!