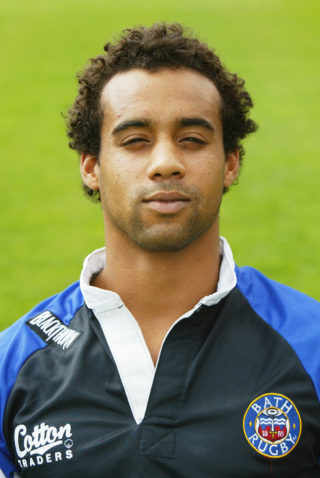 Andrew Higgins was another who made the short trip down the A4 from neighbours Bristol following the Shoguns relegation to National League Division One at the end of 2002/2003. Higgins had joined Bristol from Worcester and made his debut in 2001.Andrew had also represented England at Schools, under-18, under-19 and under-21 level, just missing out on the under-21 World Cup squad that went to South Africa in 2003. Injury delayed Andrew’s Bath Rugby debut and he didn’t feature in a first team squad until the 11th October 2003 against Rotherham Titans at the Recreation Ground. He certainly made up for lost time though bagging a classy brace of tries in the 47-3 rout of the hapless Yorkshire side. Thereafter he featured prominently at centre from where he claimed the match-winning try in the 13-12 victory over Leicester Tigers at Welford Road – the first time Bath had won a league match there since the game went professional – and finishing the season with six tries from 22 matches, having also appeared on the wing.