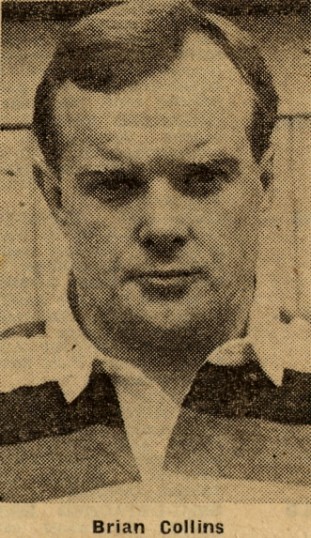 Brian joined from Nuneaton in the Centenary Season 1965/66 at a time when there was often fierce competition for the hooking position.  He established himself fully in the 1st XV in 1966/67 when he topped the appearances list playing in 46 matches. He also represented Somerset and attended England Trials at Leicester and Twickenham.

Further progress was halted following a knee injury in September 1967 when cartilage/ligament surgery ruled him out for the rest of the season.

Brian was back in 1968/69 and was appointed vice captain to Tom Martland for Season 1969/70, only for problems with his other knee and another operation early that season to end his hooking days.

Brian took an active part in coaching at Bath after his retirement and was also on Selection and Management Committees for some years.

He was a founder member pf the Bath Past Players Golf Society (along with Niall Carter, Brendan Perry and John Donovan) which he organised and captained for 7 years following Niall Carter and Phil Hall before handing over to John Monahan.

His last active rugby saw him playing in the centre for Midsomer Norton RFC!