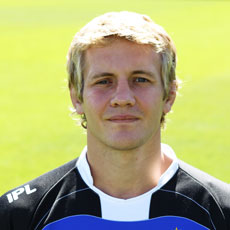 Honours: Scottish Schools, Scotland U18, U19, U21, Scotland, Barbarians, British and Irish Lions (injured and wasn’t able to play)

A dynamic, versatile back row forward, Simon could cover across the back row, but his playing preference was at Number 8.

Representing Scotland from a very early age, Taylor played for the Scottish Schools whilst at Morrison’s academy before going on to represent Scotland at Under 18, 19 and 21 levels as well as leading the Scots in the Junior World Championship in France in 1998. He was also selected for the 2001 British and Irish Lions tour, in which made a try-scoring debut in their 110pts-16pts victory over Western Australia.