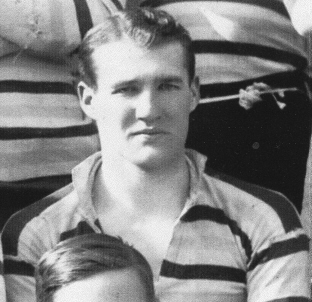 Like his brother Vincent, Norman Coates joined the Club from Bridgwater when his parents moved to Combe Down. He was a powerful centre threequarter, quick off the mark with an eye for any possible opening and expert in drawing his opposite number before giving a perfect pass to his brother on the wing.

His work took him to Leicester after World War 1 and he played for Leicester for some years as a forward.

A great player and a great sportsman.