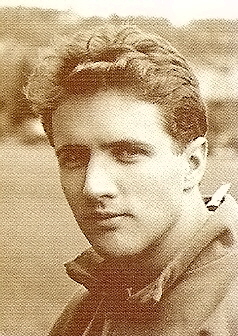 Won his Blue while at Oxford. Represented England Students, England U21s and is an England B international having played against Spain, Ireland, France, New Zealand and Italy
He made his England debut as a replacement in the match against the Springboks in 1992 and went on to win 38 caps and score 8 tries for his country. In 1996 coach Jack Rowell appointed him England captain.
He appeared in four games for Barbarians between 1993 and 1996, scoring three tries.

In addition, he led Bath in the 1995 Pilkington Cup Final, as deputy to the injured John Hall.
On a lighter note: in 2003 he competed in the BBC’s Superstars television show.
Nickname amongst his Bath teammates: Hollywood ! because of his good looks which remain unimpaired despite his nose having been broken 6 times

Captain of both club and country, Phil De Glanville is another established name who needs no real introduction. He appeared in the Bath colours for the 200th time in 2000/2001, but was unable to add to the 53 tries that he had already claimed prior to the start of the season. Injuries have meant that Phil probably hasn’t played as many games as he would have liked for his club and ultimately that has cost him in terms of international honours. He did, however, pull on the white shirt of England on 38 occasions and in a quirk of fate South Africa pay a major part in his international career. Having made his international debut versus the touring South Africans, Phil registered his maiden try at that level against the Springboks and ironically his last match was also against the 1995 World Cup winners. Honoured by being asked to captain both his club and his country, Phil was a real professional in every sense of the word. He signed for Bath upon finishing his studies that took in both Durham and Cambridge Universities, leading to England Students and under-21 caps, before making his Bath club debut on the 5th April 1989 in a 13-17 defeat to Newport at the Rec. He sprung to prominence with an excellent competitive debut in the 1991 Pilkington Cup win over Barnstaple and made his Courage League debut shortly afterwards in the 15-16home defeat to Wasps. With the advent of the professional game, Phil found himself partnering Henry Paul at the beginning of the season, only for injury to make his appearances inconsistent. As such he missed out on the clubs first foray into Europe, only managing to make an appearance in the latter stages, alongside Guscott, in Treviso and Cardiff. Never a really prolific try scorer, de Glanville managed just 14 in the professional era from 84 games, he did cross for a hat trick in the rout of Saracens in a friendly in February 2000, one of only thirteen players to achieve the feat in the professional era. Phil was rewarded for ten years of sterling service with a joint testimonial match with Adedayo Adebayo in 2001 when Bristol provided the opposition at the Rec. on the 2nd March, in what turned out to be his final farewell at the ground. His last appearance for Bath was as a late replacement for two-try Shaun Berne in the match with Rotherham at Clifton Lane in April 2001, before he officially announced his retirement from the game.

In 2003 he competed in the BBC’s Superstars television show, winning the kayaking and golf events but eventually coming last in the final.
Phil played for Durham University while an Economics student, then at Oxford University won a Blue with Oxford University RFC and also represented England U21s.

De Glanville joined Bath in 1989 and captained them to a league and KO cup double in 1996, partnering Jeremy Guscott in the centre for this club that season, as well as many others.

He made his England debut as a replacement in the match against the Springboks in 1992. Many of De Glanville’s international caps were earned in a replacement role, as the incumbent centres were Will Carling (long-serving England captain) and Jeremy Guscott. De Glanville is seen as likely to have won many more caps if it weren’t for this firmly entrenched Carling-Guscott combination, a pairing solidified by early Carling-Guscott successes like the 1991 Rugby World Cup.

In 1996 coach Jack Rowell appointed him as England captain following Will Carling’s stepping-down. However, there was criticism of his inclusion in the starting XV for the 1996 Five Nations as it wasn’t felt that he was a good enough player to be guaranteed a place in the team. He was not selected for that summer’s Lions tour to South Africa losing his place to uncapped Will Greenwood.
Under new coach Clive Woodward in autumn 1997 he lost both the captaincy to Lawrence Dallaglio and his starting position to Greenwood, though he remained a useful squad member. He showed some good form in the 1999 World Cup, particularly in the pool game against New Zealand. In total he won 38 caps for England and started in the centre throughout the 1994/1995 season, including an outstanding performance in the first tour to South Africa after apartheid, where he played in both test matches.