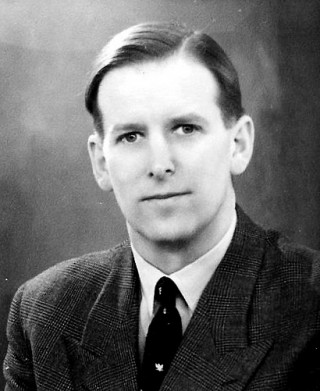 Graham excelled in golf, cricket and squash. His ultimate dream had been to play rugby for his adopted home City of Bath.

He is believed to have been one of the tallest number 10’s of all time!

He was also a long-standing member of Bath Golf Club in Bath.

Graham (who died at age 93) clearly enjoyed a long and full life.

Graham served in the Army and accumulated a number of medals including “the Star” for the Battle of Britain and the “Silver Laurel Leaves” being the Kings Commendation for Brave Conduct.

However, like a lot of people the memories of the time were painful and not often discussed but he did have the good fortune to meet a WREN, Diana Charles, the love of his life, who he came to marry and became the father of two daughters, Bina and Gillian (who sadly died in her teens from illness).