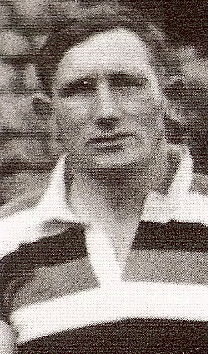 Known as “Wonk-eye” as he had one glass eye Fred  was capped twice by England in “victory” Internationals against Scotland.

Fred played for Broughton Park during the war and played for then Army against the other two service sides.

A fine hooker he played 141 matches for Bristol before coming to Bath in 1949 to render yeoman service. Must have been the only player ever credited with a pushover try whilst off the field!

Fred was the Gloucestershire County hooker for five seasons and played in two County Championship finals.