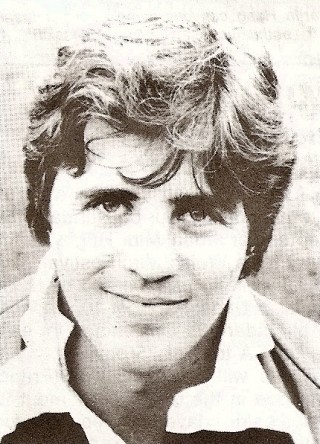 Terrific turn of pace and a great tactician of the game.

While at Bristol his England debut was against Australia in November 1984, eventually winning a total of 10 caps by 1993

Won 11 caps for Welsh Schools but changed senior allegiance to England against Australia in 1984.

8 caps for England, opting out of representative rugby to concentrate on Club rugby after the game against Fiji in Sura.

Returned to the England squad in the 1992/93 season and regained the fly half position with a dazzling display against Scotland. Was picked for the Lions tour of New Zealand in 1993

Moved to Bath in 1985. Debut game against Plymouth Albion and went on to make 200 appearances for Bath. Captained the side to win the first League / Cup double.

In a brilliant partnership with Richard Hill, Barnes proved to be the master of taking and giving of near flat passes, and introduced a superior brand of tactical awareness. Orchestrated by the coaching staff, it was to revolutionize Bath’s style of play and lead to a run of Cup and League success.

Stuart Barnes has built an equally impressive career off the field as a journalist and a polished and well informed Sky TV rugby commentator.