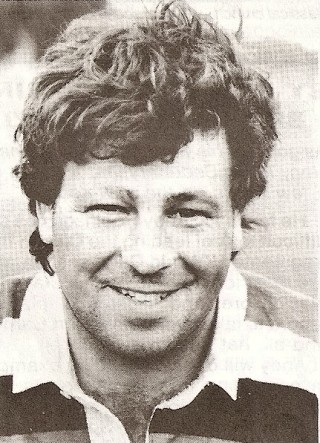 Joined Bath from Cleve RFC and proved himself to be a valued and hard working member of the 1st team squad.

Bath Rugby stalwart Nick Maslen first pulled on the Bath jersey on the 4th October 1983 in a routine 24pts-6pts win over Cheltenham at the Recreation Ground. That game marked the beginning of a 12-year playing association with the club that included 197 games, with all bar one of those matches being played in the amateur era, and produced 26 tries (a fair amount for a forward). His service to Bath was recognised with representative honours for Somerset and the South West. Nominally a prop, Nick’s sole appearance in the professional era came in a 26pts-16pts victory against the Army on the 25th March 1997 as a number eight in a back row that also contained Richard Bryan and a youthful Andy Long. Indeed, the only reason he was selected was because the side was short and Nick volunteered his services! Having retired from playing at the culmination of that season, Nick remained at the Recreation Ground as coach to a talented selection in the club’s Under-19 set-up that won their respective Championship in 2001/2002 and claimed the National Cup with a victory over Bristol at Franklin’s Gardens, Northampton.