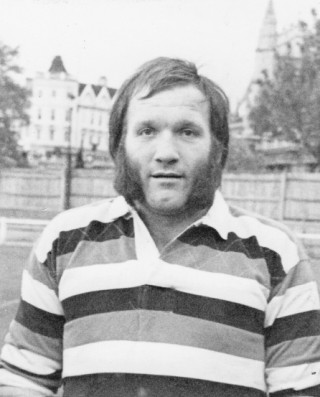 Bedwas born Gerry learned his rugby at Bassaleg Grammar School from where he played for Monmouthshire Schools. He turned out as a teenager for the neighbouring Machen Club. He joined Avon and Somerset Police and played regularly for the force team, which he captained in 1975.

On the back of his performances in the Police team he came into the Somerset side and played with such distinction that, because of his dual qualifications, he was selected for the England trials that season. He left the police force and joined Bath immediately establishing himself in the 1st XV, playing mainly as a rampaging wing forward but occasionally at No. 8.