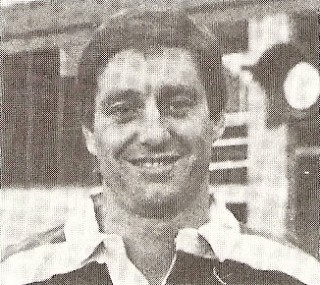 Derrick Barry learned his rugby at Connaught Road School, Bristol . He came into first class rugby from
Old Redcliffians RFC one of Bristol Combination’s most successful Clubs. He was spotted by Bath while playing for Somerset Wanderers and moved to the Recreation Ground in the 1976-77 season making his 1st XV debut against Northampton. He  proved a very useful specialist line-out jumper. Was “spring heeled” and could jump to a considerable height without the aid of lifting.