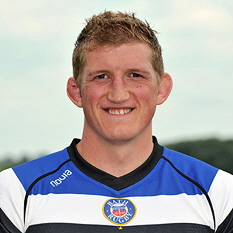 A County basketball player as a teenager.

The 6′ 5″ lock has become an integral member of the squad, on and off the field since he arrived. Known for his clever and effective line out work, and outstanding work ethic, Stuart is also a very strong communicator and leader and was selected as the Club captain in 2011 and maintained the captaincy until his early retirement in 2016

He has won the respect of the whole squad through his hard work, professionalism and determination, and is a huge asset to the Club.

Stuart eventually had to retire from the game due to recurring problems with his back. He presently serves as the Performance and Player Development Director at Bath Rugby.