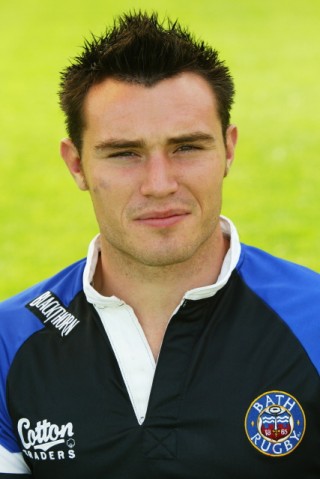 The 2001/2002 clash at Kingston Park between Newcastle Falcons and Bath Rugby saw the debut of centre Spencer Davey. The England U19 international came on as a replacement for full England international Mike Tindall in the 9-36 defeat and went on to feature in two more matches that season, making a full league debut against Gloucester at Kingsholm and also starting in the home defeat by London Wasps. The following year saw Spencer appear six times and his place in the Bath squad was assured for 2003/2004 where he went on to start a nap hand of matches. Davey is a product of the Bath Rugby Academy and has been capped by both Wales and England at U19 level, switching nationalities in 2001 after being selected for the FIRA U19 World Cup in Chile with Wales, but having to withdraw through injury. Ironically, Spencer captained England to victory over Italy in the FIRA U19 World Cup in South Africa exactly a year later. In total he appeared in three matches in that tournament, scoring a try in the 59-6 defeat of Romania in Padua, and later went on to play at U21 level. A product of Colston’s Collegiate in Bristol, Spencer was a member of the U19 National Cup winning side that saw off their Bristol counterparts in a thrilling final at Franklin’s Gardens, Northampton in May 2002.