by Geoff Pillinger and Brian Jenkins 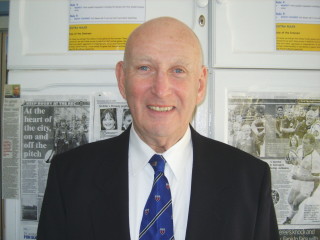 One of the biggest wingers of his day, John was a “George North” of his time and a Gloucester sprint champion. Consequently he was very difficult to stop when given room in which to move.