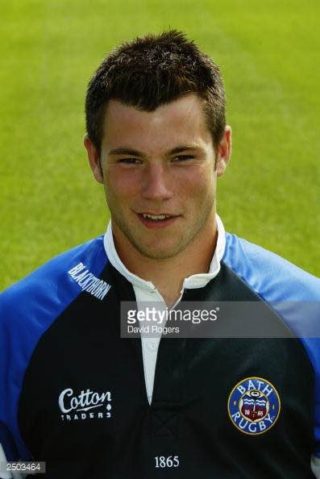 Simon Whatling graduated from the Bath Rugby Academy and found himself on the bench for the match against Northampton Saints in March 2003. Subsequently Simon regularly trained with the 1stXV squad and made a 1st XV debut in the pre-season encounter with the Celtic Warriors in August 2003, coming on as a second half replacement for Olly Barkley. A week later he came on for Mike Catt in the friendly match at Henley Hawks and crossed for his sole Bath try in the 66pts-7pts defeat of the home team. The talent of the outside half was recognised at representative level where he was selected for England under-19s in the 2003 FIRA World Championship while still in the Academy. Simon impressed the selectors sufficiently during the tournament to be called up to train with England under-21s in late 2003.