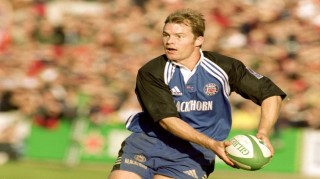 Typical Kiwi, good at everything he did; skilful but not flashy. Good goal kicker

There is a common held belief that Jon Preston was injured minutes into his debut for Bath, a 31-43 defeat at Harlequins, yet this is not entirely the truth. The likeable Kiwi made his bow in Bath Rugby colours  scoring three conversions and a penalty as Bath, complete with tries from Ieuan Evans and Iain Balshaw saw off Swansea 34-7 in an Anglo Welsh friendly. He played in the  1999/2000 friendly at Bridgend, claiming the scrum half berth for most of the campaign. Jon, who signed for Bath from the Wellington Hurricanes, scored a single try that year, against Sale at Heywood Road, but it was for his accurate goalkicking that he will be best remembered as he ended his first full season with 240 points to his name. It was evident early on that Jon possessed an ice cool nerve, and that was to see Bath through many a scrape during his spell with the club. His second full year saw another 233 points added to his growing tally, which by the end of only 54 appearances had reached a huge 485, an average of 9.5 per match. Injury ruled him out of the 2001 Zurich Championship run that culminated in the Final against Leicester at Twickenham, and thus a replacement appearance for Gareth Cooper at Rotherham marked the end of his career at Bath. First capped in 1991, against the USA in a World Cup clash, Jon went on to play an integral part on the 1993 British Lions tour to New Zealand, featuring in the 2nd Test and scoring a crucial try in the series deciding 3rd Test a week later. Jon left Bath at the end of the 2000/2001 season and headed back to New Zealand to sign for Canterbury.

At one time was the High Performance Coach at the Highlanders.