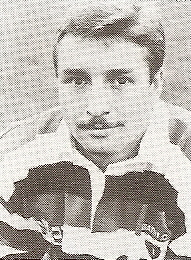 Educated at Culverhay School in Bath Steve joined Bath in 1980 and progressed through the Youth section to 1st XV rugby. He represented Somerset County XV

Highly respected and hard working member of the 1st XV squad, Steve spent much of his playing career as understudy to Richard Hill but for which he would have played many more 1st XV games.